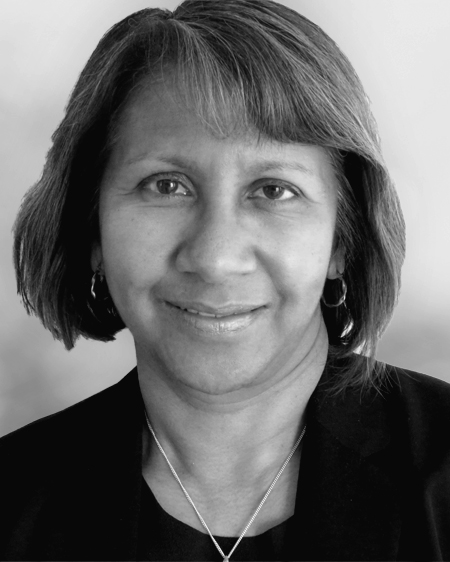 Corinne became a Solicitor in 2001, and achieved her Higher Rights in July 2006. She was Called to the Bar, Middle Temple, in 2016 after converting from being a Solicitor-Advocate.

Corinne has extensive experience acquired in the criminal field, particularly with regard to serious crime, both as a legal manager with CPS, and Department Head, in general practice. Additionally, she is well versed in other areas of law, including Civil and Family Law, Wills Probate, Conveyancing.

She has substantial advocacy experience, within Magistrates, Youth and Crown Courts, also Civil and Family Courts and has represented clients at Tribunals.

In the CPS, Corinne was a Legal Manager for several years, and her career with CPS spans over 25 years. Within this time, she became a Rape and Child Abuse Specialist Lawyer, providing charging advice to senior police, and was instrumental in developing an effective Rape Protocol, and Domestic Violence Protocol with her Criminal Partners. She personally delivering training to senior lawyers in this area. She was involved in a number of high profile media interested cases including overseeing the review and presentation of Gurdawar Singh Chima, who was convicted for Rape, and sentenced to 14 years in prison for repeated Rape of his wife over several years, after keeping her imprisoned in the garden. Corinne also has substantial experience providing charging advice, and preparing serious fraud, and general crime cases.

In private practice, as Criminal Department Head of Ashley Bean & Co, Corinne was responsible for the management and training of lawyers, consultants, and ensuring that all systems were franchise compliant, so that the Criminal Contract would be renewed, which was successfully achieved. Corinne personally prepared a number of murder, false imprisonment, kidnapping and serious fraud, as well as arson, rape and child abuse cases. She had a number of successful results, and indeed generated a large amount of Revenue for the Department as a whole. She undertook substantial advocacy during her time, which included the High Courts.

Corinne is a specialist lawyer in motoring, particularly fatal road collisions, and serious personal injury. Providing advice to officers in “Surgery” sessions, and has many years experience of personally conducting these fatal cases at Court to successful conclusions. She has acquired extensive experience prosecuting and defending all manner of motoring matters, at Magistrates and Crown Courts particularly on Appeal.

She regularly attends County Courts to in relation to a wide range of Civil matters, including Personal Injury litigation, RTA, credit hire.

Other work undertaking by Corinne, include Wills probate, Conveyancing and Landlord and Tenant law. She has undertaken pro bono work for clients.

Corinne’s terms of business are the Standard Contractual Terms for the Supply of Legal Services by Barristers to Authorised Persons 2012 or such other terms as have been agreed. A copy of the standard terms can be downloaded using the following link.